This is a new blog series where we interview a handful of new employees across different departments to see their view of Ecovative!

First up, we interviewed Emily Moore- Ecovative’s Director of First Impressions. Emily has been in this role for about 2 months. 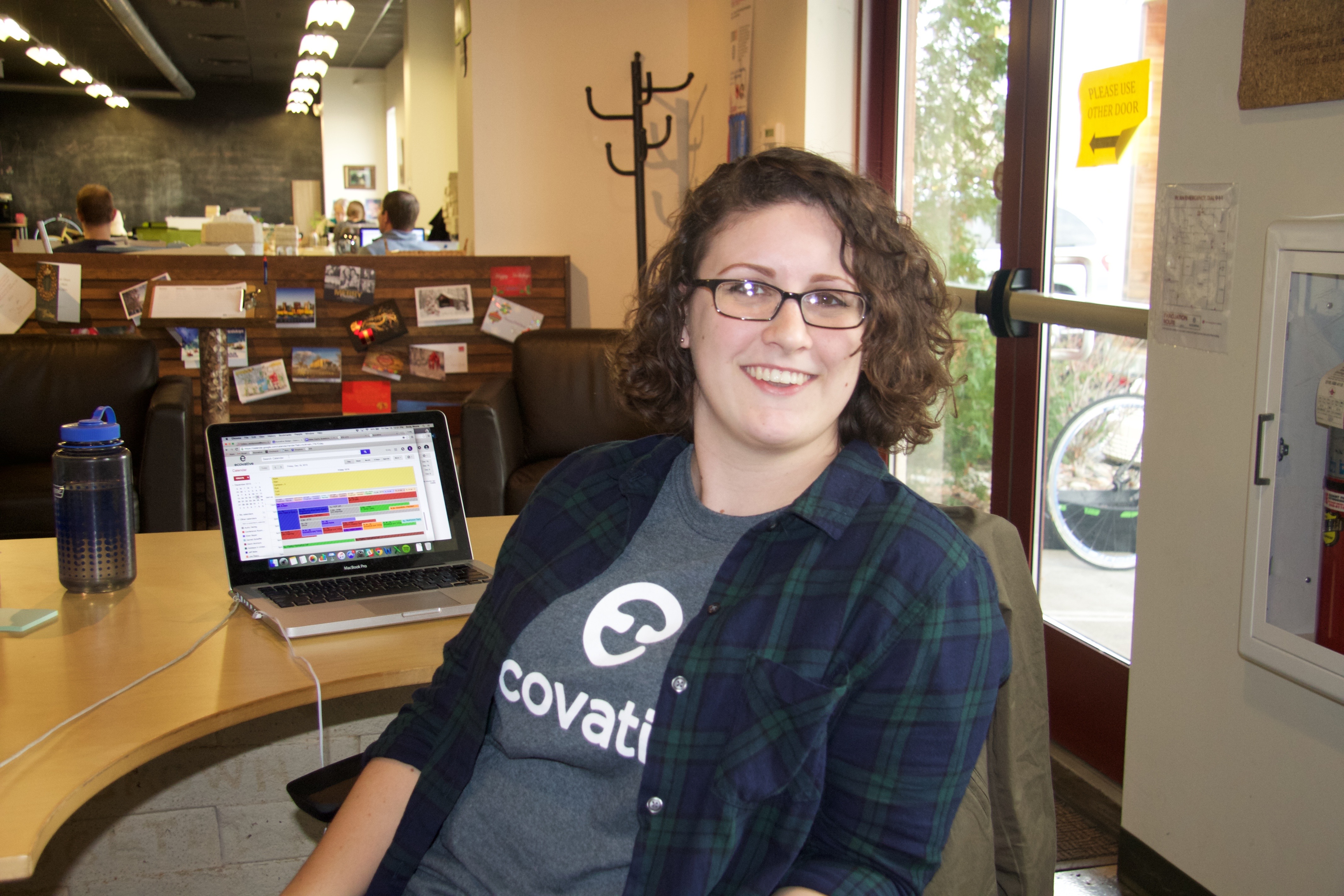 What’s been your favorite part of working at Ecovative?

How would you describe the people?

That’s a tough question because there’s such a variety. First and foremost, everyone is very kind and welcoming. There are a lot of strong and different personalities. Everyone has their own interest and something that they’re passionate about. And everyone is really good at having fun.

How would you describe the office?

Very casual but also a very busy office environment. There is always a ton of chatter going on in the office. Sometimes we have pets that visit us at the office and everyone gets really excited and swarms around them.

How would you describe the manufacturing space?

There are a million things moving at one time. There are fork trucks moving through constantly and racks being shifted.

Was the atmosphere what you expected when you came in for the interview?

Well, I actually ended up at the wrong building initially (60 Cohoes- our old facility), so by the time that I got there, I went straight into the HR office for the interview. But my first impression was that the space is a lot different than a traditional office. It looks a lot like a tech startup you would see on the television- people with laptops on couches or sitting in groups. The office floor plan was way more open than I expected- it’s pretty much a giant open space where everyone sits together. I enjoy it though because you can look up and see what people are working on- it keeps you in the loop.

Was Ecovative what you expected when you started working here?

People expect you to do a lot on your own here. It’s nice because they trust you to get things done, but there's also some pressure having that responsibility. It’s also more fast paced that I expected- my days and weeks fly by without me even realizing it. It’s all of a sudden Friday and the weekend and I have no idea how it happened.

Bagging GIY out on the production floor was really fun for me. It was a good change of pace from sitting at a desk and it was really cool to be able to put something together that is going out the door to customers. Working in production gave me a better idea of what goes on in the back, and I got to know the employees in production and understand what they do (at least on Thursdays and Fridays).

Filing NDAs. Paperwork seems to never actually be done. But it’s very satisfying to see a finished pile and I know it’s an important part of the business.

What made you want to work at Ecovative?

My previous work experience was in law and I really wanted to try something completely different than a formal law office. Ecovative definitely fit that bill. Plus the company is really focused on sustainable issues and from working on a farm, that was really appealing to me.

What’s the first word that comes to mind when you hear the following:

Engineers- sawdust- it always smells like sawdust in the engineering shop

Sales- phone calls- those guys are always on their phones!

Kitchen- chocolate! it’s holiday time so there’s a lot of treats in the kitchen now