As you might have heard, Ecovative was at SynBioBeta 2018! If you weren’t able to attend, Meg from the Core Team has shared her experience! 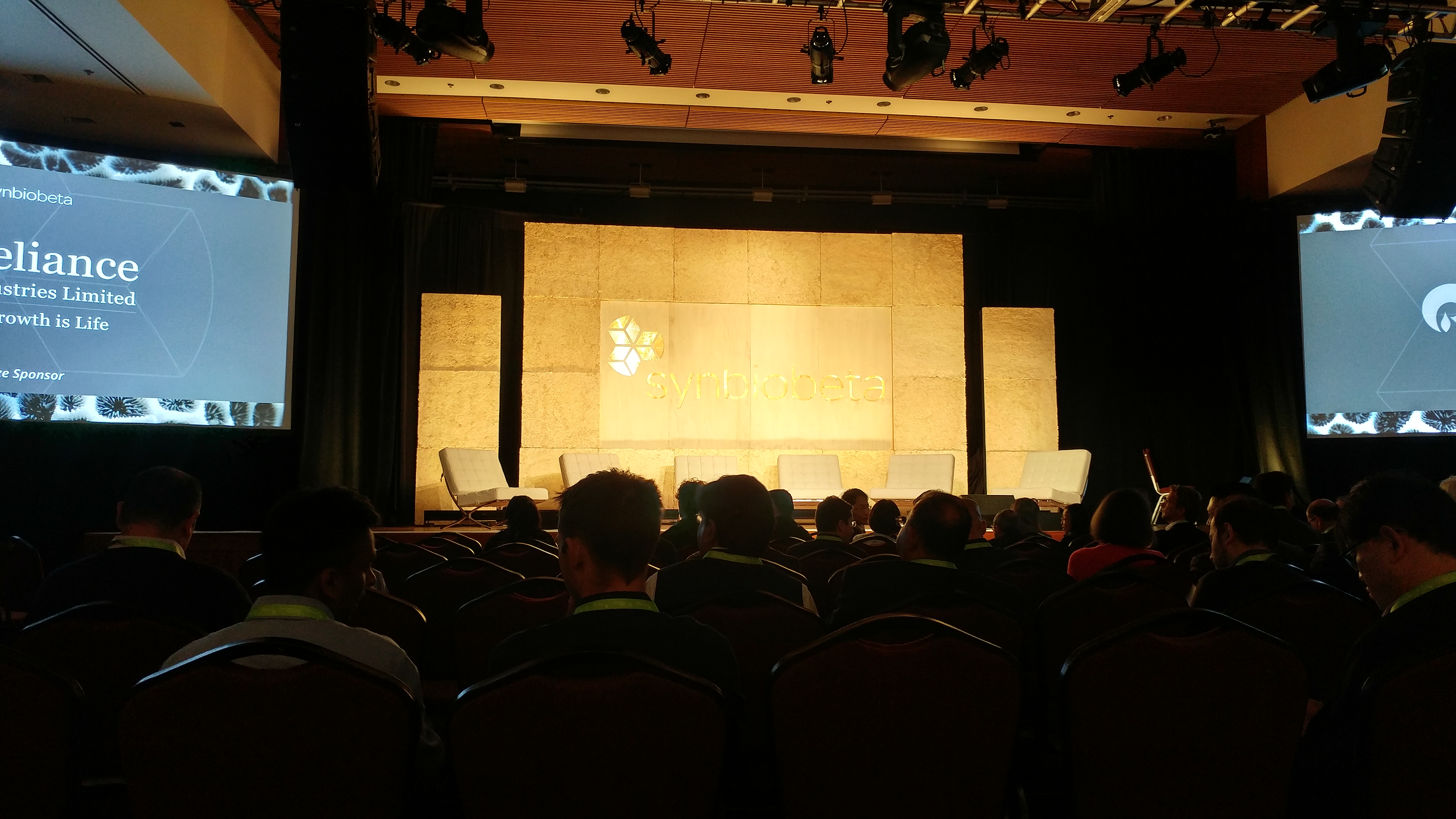 “At the Ecovative exhibition table, people streamed over after the talks by Eben, and seemingly anytime someone mentioned the mushroom stage. It was a good thing we had a display as there was interest from all types, from geneticists to film producers to our biggest fan at NASA.

Everyone wanted to touch the composite, and, of course, the biopolymers. Most people had little understanding of mycelium and many asked where the glue was. Of course, as part of their innate curiosity, everyone held the material to their noses for a big sniff.

Many were excited to hear about Ecovative's ongoing research and development. Almost anyone with an educator in the family or as a friend requested some type of information as to how our material could be used in the classroom. We gave away at least 20 GIY kits, and even relinquished several biopolymer samples to folks interested in meat scaffold and makeup applicator sponges. Ecovative was essentially the only exhibitor whose biology was not synthetic, and it was a challenge to get folks to understand that the incited growth of a wild type fungi could produce such amazing aspect features.

Overall, the conference was enlightening. Many speakers acknowledged that you have to be “where it’s at” in order to progress your science and achieve exposure to continue funding for that progression. That being said, I wondered what it would take to move these R&D labs to areas that are indeed producing bright minds with no place to go other than the costliest city centers in the country. What could cities like Albany offer to these companies to attract them and their research power, and therefore bring in the latest community of bright minds with employment opportunities? That stands as a question for the ages I’m sure.

Another interesting aspect was the future thinking of many of the presenters, entrepreneurs, and commercial sales people present at the conference. Many of these people are not thinking of what their science will look like in five years, but are considering more broadly the potential for their research in twenty and fifty years. The mirroring with the traditional industrial age trajectory is obvious, where, for example, current DNA storage technology requires sprawling warehouses filled with subzero storage units, but the projected aim is to reduce the size to that of a small storage locker, or even more hopefully, the human body. There was a lot of discussion on data, its interpretation, storage, recovery, and dispersal.

Biology is now a statistical science, and no longer relegated solely to the field of direct observation. The changes in data collection and the artificial methods used to analyze these data are moving the microscopic field of synthetic bio forward with increasing rapidity.

Lastly, many of the attendees were employed by research firms or were themselves entrepreneurs. The main difficulty suffered by several of those entrepreneurs was product acceptance. Zack Abbott of ZBiotics questioned his plan of attack in the marketing sector. Zack approached the Ecovative table to talk about his difficulty in portraying his product to the public in a light that would entice buyers and not render them wary, which is a reaction Ecovative has certainly been exposed to.

Zack was thankful to speak with a member of a company who has gone through the same growing pains he now finds himself in, and was hopeful that Ecovative will remain a resource for those in the organic science field that are having difficulty branching into marketing beyond their science.

I too see merit in Ecovative maintaining helpful relationships with companies very much interested in our work and in the main focus of environmental preservation through scientific innovation. At the very least, lending a helping hand to start up research companies every now and then will only help us in the long run to start to change the thinking of millions of Americans in the way they view how science works every day for them to have better lives.”