I would guess that science is not a typical topic discussed at most family dinners, especially when the audience consists of a 5 and 3 year old. However at my house, science is always on the table, and conversations from cell division, human anatomy, and celestial orbits are common place (particularly between me and my 5 year old son Carter). Being a scientist by trade, I find great joy when my son asks if we can play science on a Saturday afternoon as an alternative to building with Legos (which he loves!!). I routinely bring my son into Ecovative on the weekends (as per his request) to help me design and execute experiments. 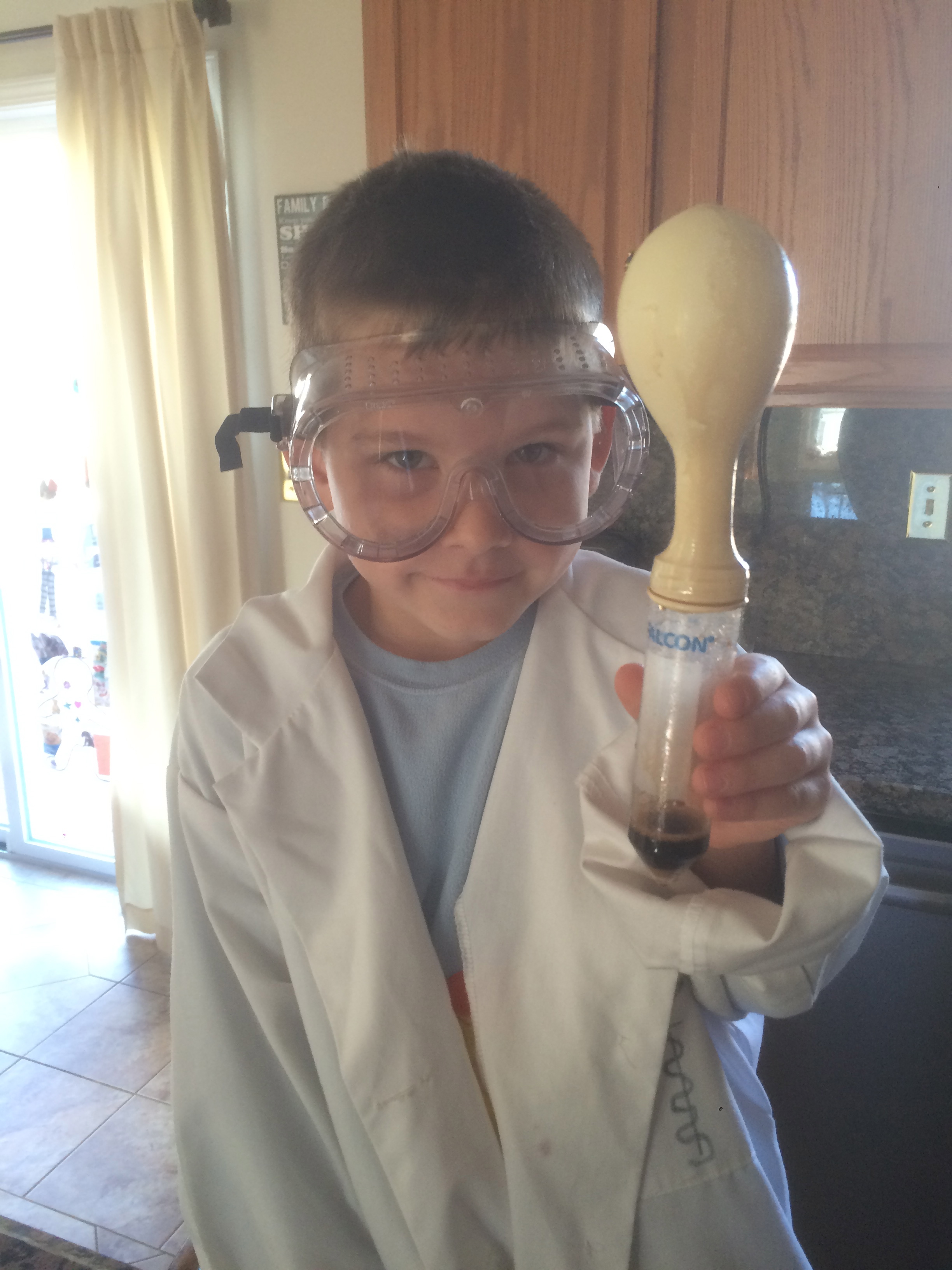 For this project, I wanted to involve both my children (Carter and Addison). I thought it would be a great learning experience for both of them to create a living biological material (in this case garden gnomes, robots, and teddy bears) from start to finish. This would also be Addison's first trip to Ecovative being a scientist!!

We started the project with a bag of Ecovative’s Grow It Yourself material. First we reanimated the dehydrated "pre-inoculated" material by adding water and some basic carbohydrates (flour). Both Carter and Addie mixed up the material with their hands and packed it into molded shapes. Once this was done, we took rides on lab carts around the facility and placed the parts in a safe place to grow. 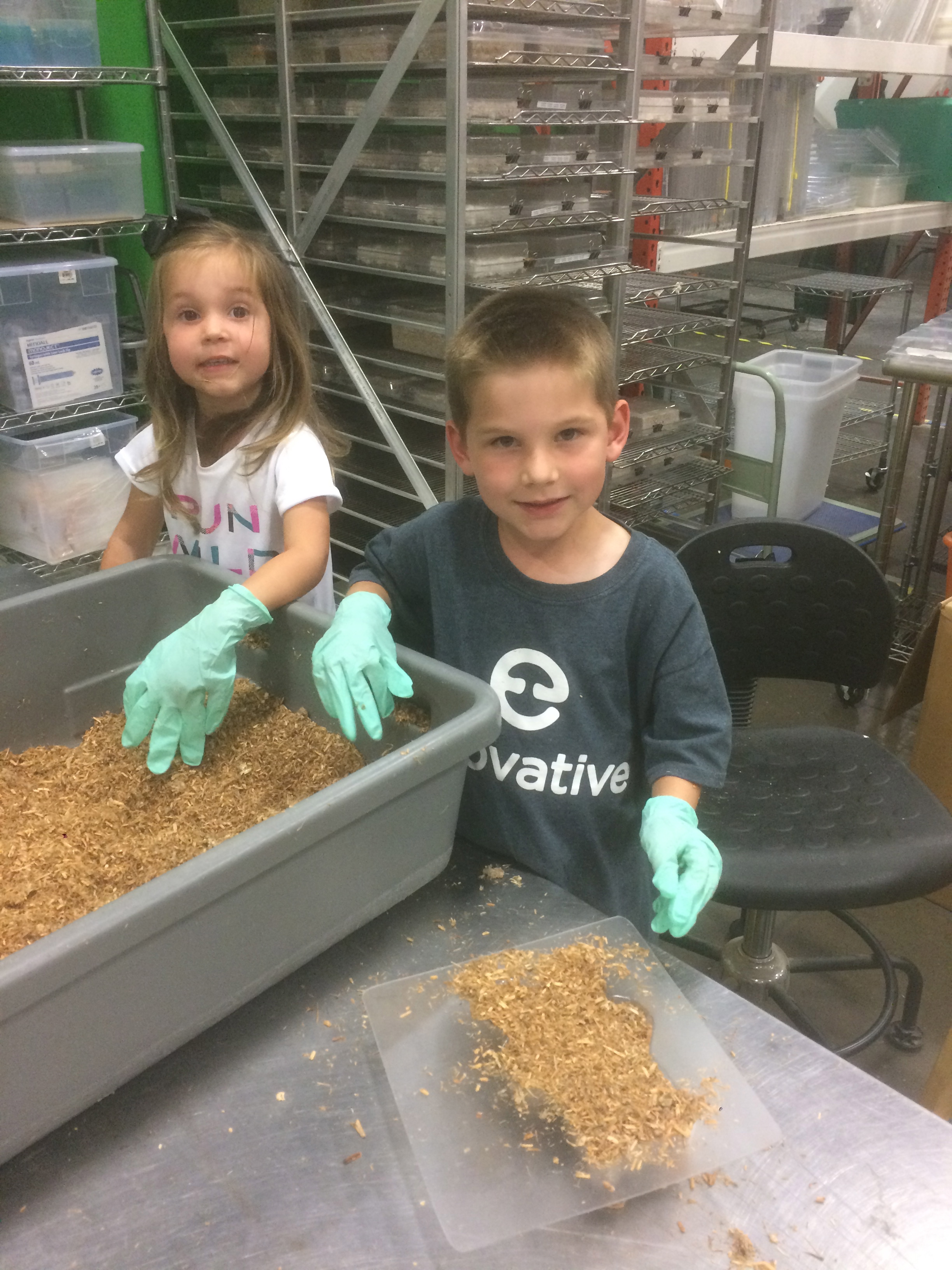 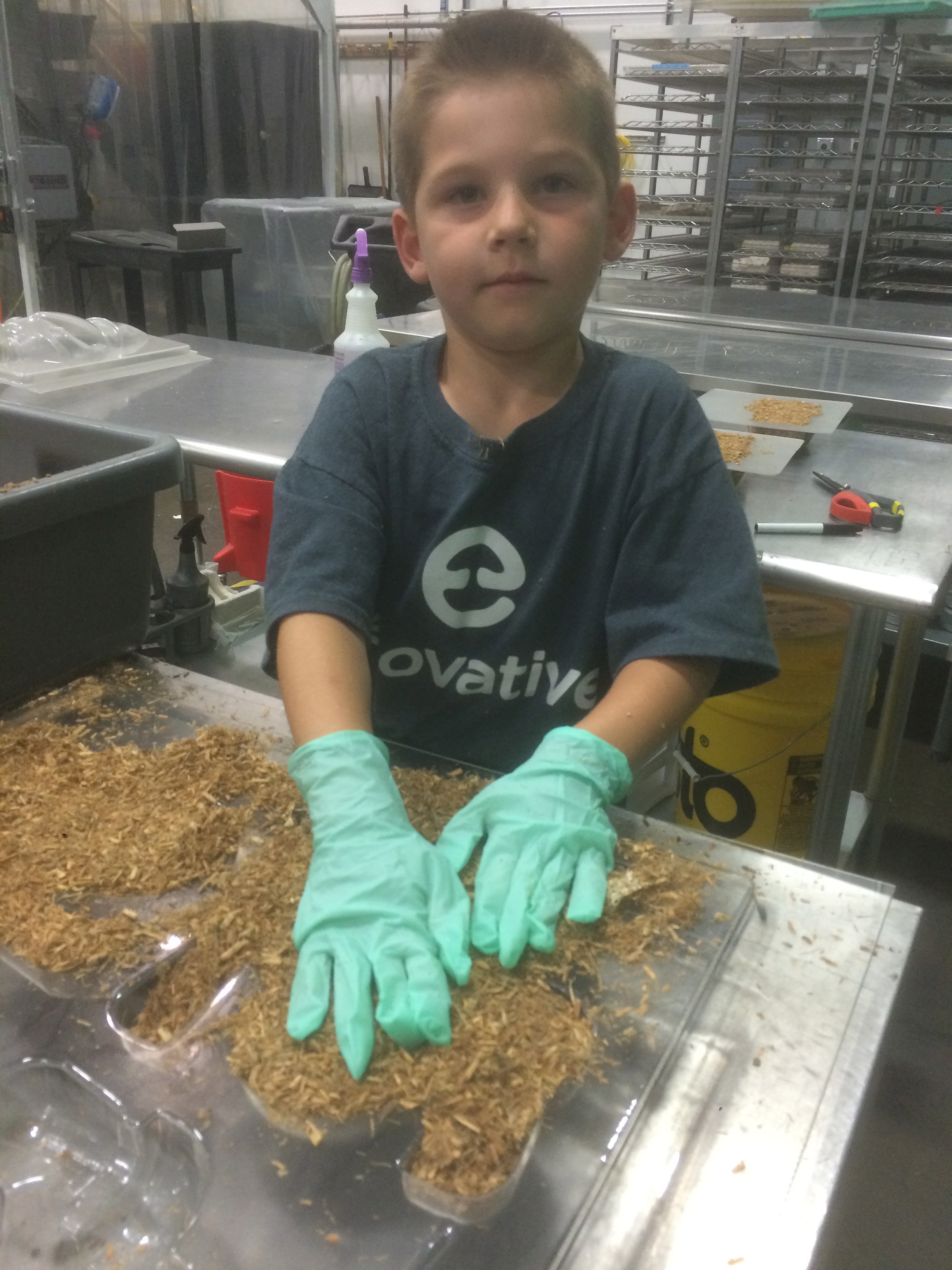 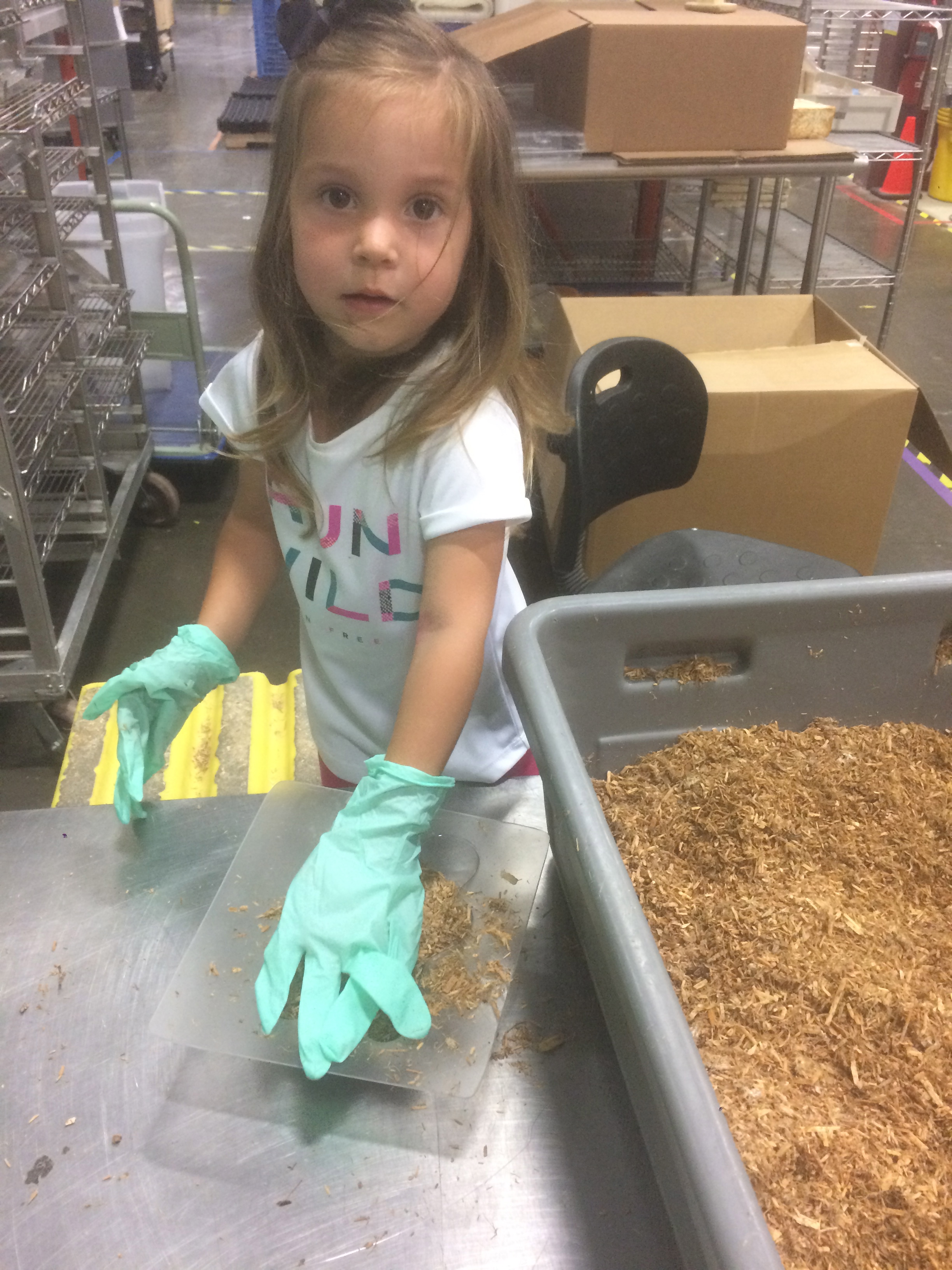 My kids found it fascinating that the "mushroom" was going to use the agricultural substrates as food, and grow throughout the material making tiny "ropes" to hold everything together. They asked me "how it knew how to do that?" I told them biology is always finding clever ways to survive, and we are just using that magic to make something we can use. This idea is a cornerstone for what we do here at Ecovative - leveraging living biological systems to solve real world problems.

Once the toys had finished growing, we dried the parts, and began to paint and decorate our masterpieces. We used water based, easy-clean kids paint on their projects. Carter and Addison were thrilled that they could use paint on their creations (most the material they've seen from Ecovative has been mycelium white). 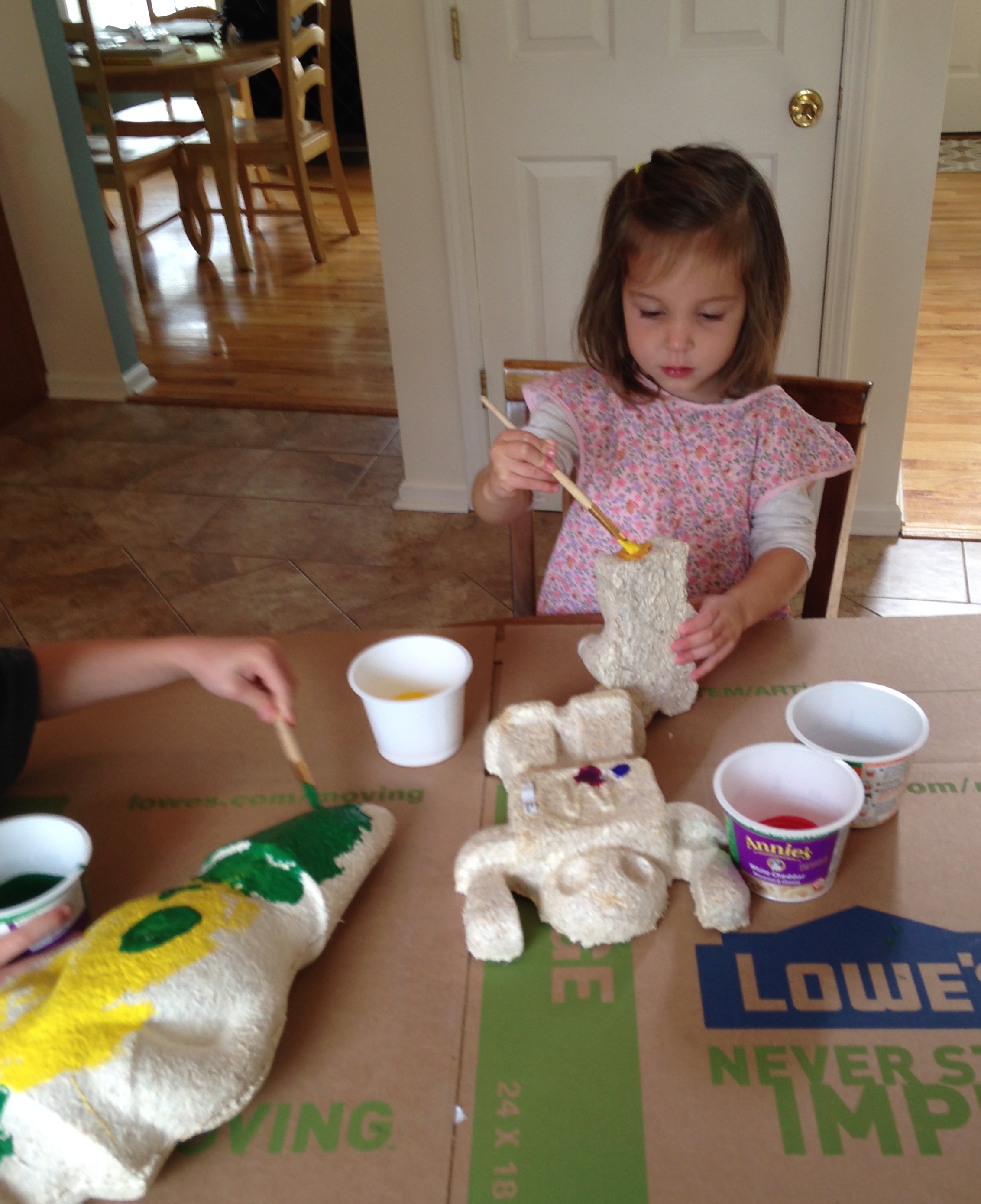 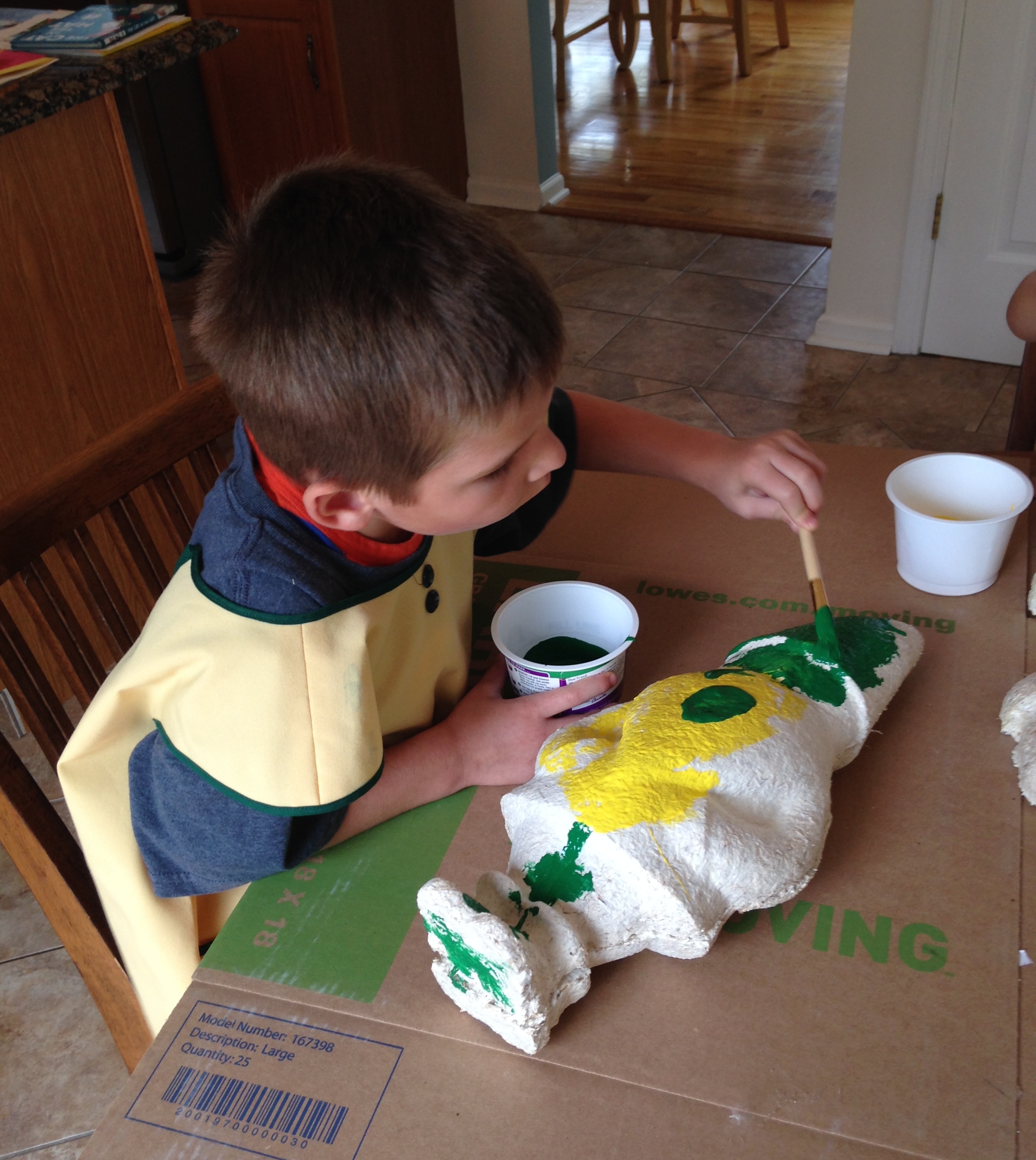 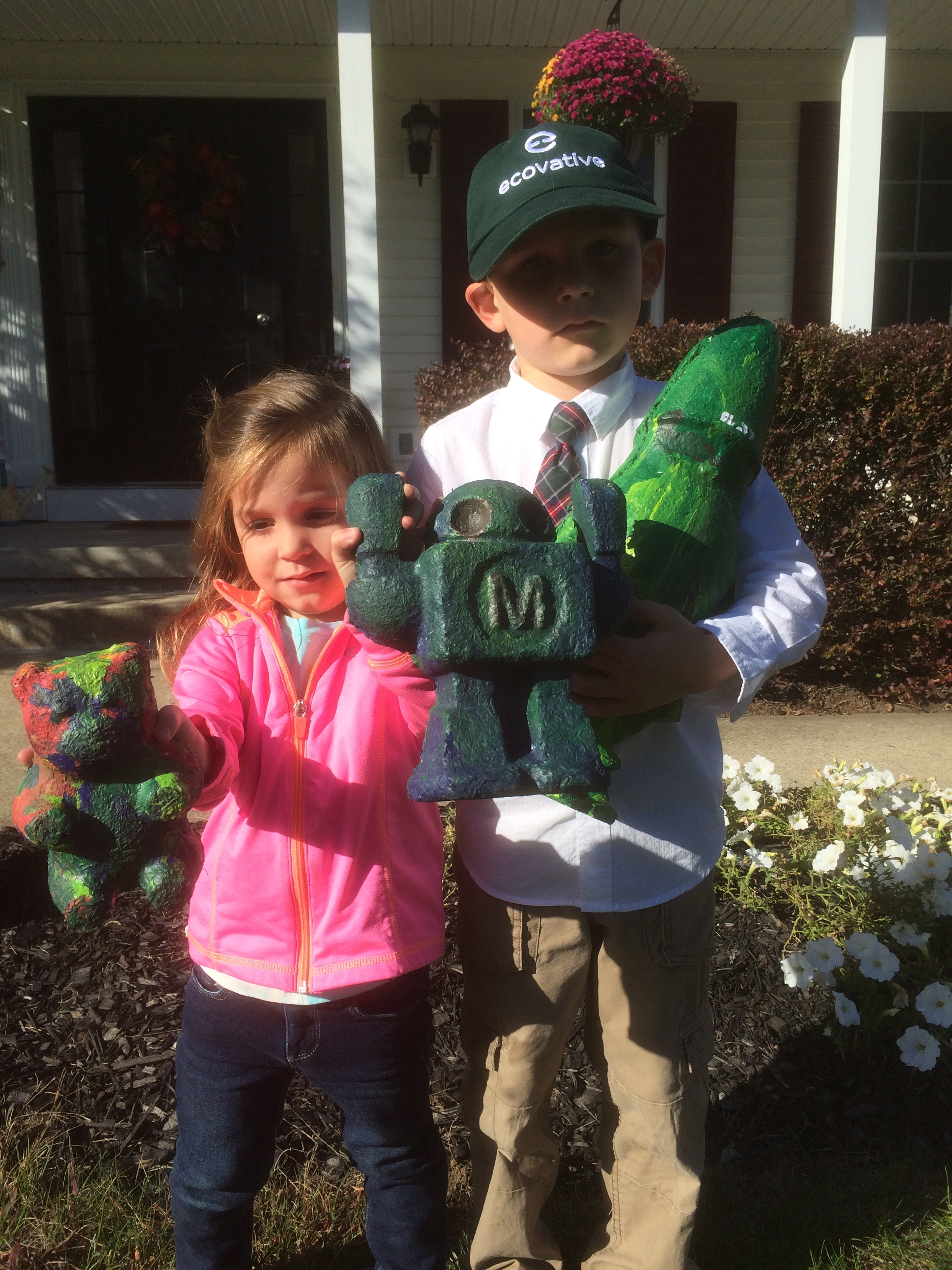 I think they came out great, and we all learned that science is about more than just test tubes and cultures, but it can also be used to make toys and adventure. I couldn't be prouder of BOTH my young scientists/artists.